You get to be a dragon

You get to kiss dragons

Need I say more?  This Tabletop RPG is about about the clash of over-sized personalities between shapeshifters who can assume human or dragon form, or anything in between. It's a GMless—meaning everyone has equal narrative authority—and plays best over one or two 3-4 hour sessions, with 3-4 players.

What about the Dragons, though?

What is the fantasy of being a dragon? To me, dragons are interesting because they embody so many seemingly contradictory elements: they are powerful but vulnerable, unyielding but capricious, even tireless-but-sleepy. The one thing they aren't, in this game, is reserved: Dragons' emotions are all turned up to 11, and they aren't afraid to let everyone know exactly how they feel.

What about the Hearts, though?

Notably though, while romance between characters is facilitated by the game and made as safe as possible by included support mechanics, it's also entirely opt-in: you declare on character creation whether your dragon is Open To Romance, and can change your mind at any time.

And how does this game actually play?

Dragonhearts is made of several small scene types you play for different situations, like if you want to have big cool dragon duels At Each Other's Throats—which may at any moment become liaisons In Each Other's Arms—or change the entire world during Endgame: The Eclipse. Or, more importantly, you can have A Dance!

Players also collaborate on world-building elements to flesh out some Truths about the world, and can change them later during the endgame!

How similar is it to Firebrands?

This game follows the Firebrands Formula developed by Meguey and D. Vincent Baker, and while I was tempted to just "Find Mobile Frame Replace Dragon" I ended up doing... more than that. Most importantly, Dances are 50% longer! Also there are no coin flips or other mechanical randomizers. I've added several new games, and reworked the existing ones a bit to fit the setting. Also, wording and mechanics have been reworked to better facilitate interactions with more than two participants in certain games.

Generally speaking, one of the consentiest games ever is now even consentier, and more polyamory-friendly and trans-friendly.

Originally written to be played in-person back when we could, uh, do that, I've made an updated Character Keeper to assist with playing this game online! (To find out how to make one for your own game, @GauntletRPG on Twitter has tutorials!)

You can open the Character Keeper at https://docs.google.com/spreadsheets/d/1mWJ6PCc0CxLe0POCc-gUTZbI9KhfJlCZ4QrbiiVo... and then go to File > Make A Copy to get your own instance of it to share and edit! <3

In order to download this game you must purchase it at or above the minimum price of $12 USD. You will get access to the following files:

Support this game at or above a special price point to receive something exclusive.

Every purchase pays for an additional Community Copy of the game. These copies are for members of marginalized communities, either because of their race, sex, gender identity, disability, religion, or living in poverty. No one is going to follow up to make sure you've "earned" it. I've had times where I stared at a checkbox asking "Are you a member of a marginalized community?" and sat there frozen, feeling Not [Something]  Enough, and if you're doing that, you are Enough! <3

Also if there are no Community Copies available, DM me on Twitter @AFractalDragon and I'll get you one!

In Dragonhearts, you get to be shapeshifting dragons. Oh, and the dragons get to kiss. What more can I say to convince you to read/play this game?

How does one go about finding communities of people to play this game with?

A+ game, I played as a moon dragon whose breath was gunpowder and was the librarian of the sacred order of our lady's rifles. I conjured 300 weapons behind me and fired them all in a crescendo of gay violence. Loved it.

Heck yeah, that was such an amazing scene!

Also everyone else reading this, please share comments with your own dragons and the cool stuff they get up to, it gives me LIFE

Dragonhearts is an 18 page rpg in which you play as dragons from space, fighting and romancing . It plays over 3--4 hours, for about as many people, and it feels like it has all the political crunch of a larp, while still being an easy, low-prep storytelling game.

Basically, it's good, and if you like dragons, cosmic-level fantasy, and settings that are interesting but maybe not on the edge of collapse, I'd strongly suggest giving this a look.

It's well-written, easy to read, and in a feature that genuinely surprised me for a romance rpg, as part of character creation (in addition to cool stuff like declaring your blood, your breath, and what you hoard) you set a romance flag if you're open to your character being romanced.

This feels like it should basically be a standard feature of any game that handles romance, as it lets people signal way in advance what they're looking for, and it was really cool to see here.

Plotwise, Dragonhearts is a stone soup. There's an overall frame to the story---you're dragons at a dragon festival and maybe some mystic stuff is going to happen---but the specifics are entirely what you make of it.

Also, the game's structure is largely built of minigames, all of which are approachable and flavorful, although I did feel like it wanted a bit more interstitial space in between those games. A minigame might be anything from a fight to a dinner to a tryst, and they all create fairly defined, structured scenes---making them great for two-player encounters, but less for ensemble cast stuff.

Ultimately, though, this isn't much of a problem. A little bit of adjustment can work in a few more informal 3+ people minigames (or let the 2-player games include more folks,) and the setting, characters, and prompts do a lot to help you tell a story about an event that will feel momentous, even if it doesn't kill anyone in the process.

I think Dragonhearts has basically something for everyone. There's magic, drama, optional romance, and the overall feeling that you were involved in something big. If you're looking for a crunchy game, this isn't that, but otherwise I'd strongly recommend giving this a look.

-The table of contents feels a little weird being on page 14. It caught me completely by surprise when it showed up.

Stories about dragons are much improved with romance, and stories about romance are much improved with dragons. If you ever wanted to make out with a dragon, but you were worried your grandmother would not approve, but then you thought you could get away with it if the dragon was a shapeshifter and turned into a highly evolved primate, this is the game for you.  Dragons are people too.

Also if you want to have surreal, prophetic dreams about the mysterious requirements to fulfill your destiny, attain totality, and control the eclipse ritual in order to reshape reality, this game might be for you.

well, this game is wildly fun and I'm really glad i got it while also supporting racial justice. highly recommended from me

Pretty fun game about dragons and romance. If you're a fan of both, you're going to really like this game. 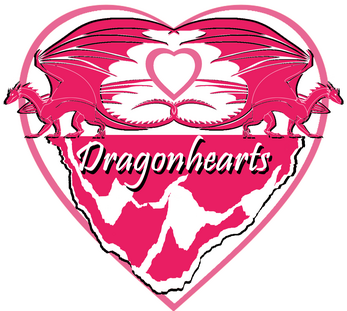 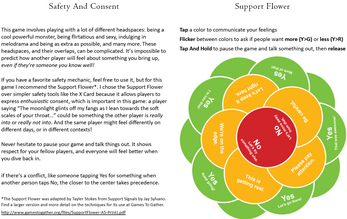 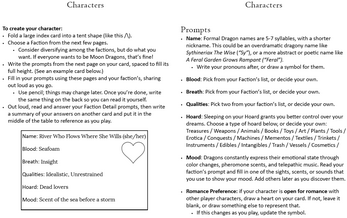 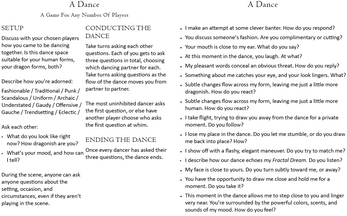 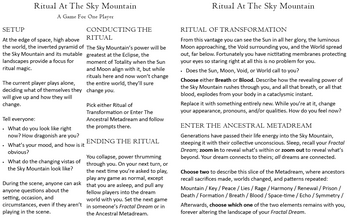 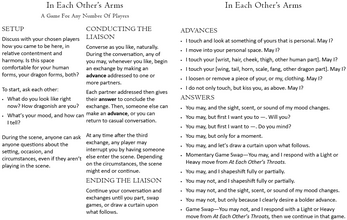